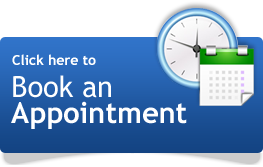 Cholera is an acute diarrhoea illness caused by a bacteria. The disease infects the small bowel and causes painless, watery diarrhoea. It is known to infect only humans.
Cholera is usually transmitted via infected water that has been contaminated by faeces and less commonly via food, particularly shellfish.
The disease is found throughout the world particularly in countries where sanitation is poor, particularly parts of Africa, India and South East Asia.

The incubation period can be 12 hours up to 5 days after exposure.

​Fluid replacement is the mainstay of treatment and antibiotic therapy may be used in severe illness.

Prevention is focused on ensuring safe water and food, particularly in countries where cholera is more common or where outbreaks occur (see individual country record). Food and drink to be wary of include untreated water, ice, shellfish, salads, unwashed fruit and vegetables.
Good personal hygiene is essential. Individuals should ensure that they wash their hands frequently, prior to eating and after visiting the bathroom.
A vaccine is available to protect against cholera but as the risk to most travellers is very low, it is only recommended in the following circumstances: